I’m a painter: I exhibit regularly and have work in museums and private collections. I completed my MA in Fine Art as a mature student at Middlesex University in 2006, and also have a degree in Education. In September 2016, I moved from London to Kessingland, a small beach village in Suffolk.

Over the last few months, during the Coronavirus lock-down, I’ve had a chance to think about my art practice and life, and what is important in the great scheme of things.

This compulsory time has made me slow down completely to a pace I have never experienced before. I’m still learning about how to live in this “new normal”, but I’m relishing the concept of “slow time” and living much more in the moment. I’m drawn now to simpler things, such as how the light falls on the garden at different times of the day. I’ve become very attached to my garden studio, where I can watch the weather change and light reflecting.

All my paintings tend to be about the inner and outer world, and my mind has focused on positive memories. As a consequence, it has gained bold, free use of colour, optimism and hope – which has surprised me, as I thought the dark and bleak images I produced at the beginning of Covid-19 would persist. Hopefully, in planning work for “Moving On”, an upcoming group exhibition to be held with Easterly Artists in June 2021, my palette will become still lighter and brighter.

My language is painting. There’s something primal about it. It’s innate, the need to make marks. That’s why, when you’re a child, you scribble. The mark making has become more spontaneous and I’m able to return to a painting and not completely overpaint, but record painting time, with layers of drawing and marks. The contradiction of a painting on top of a painting replicates the slippage we have between the real world and the visual world. It’s about the memory of the pictures I have, at my disposal: millions of memories of sights, sounds and experiences on which to concentrate and paint.

The most difficult issue will be not to focus too consciously, but to let things just evolve. This time I must just let the paint dictate – another phrase I once used which, at the time, was quite meaningless, but which now I’m beginning to understand.

My early years were spent in South Wales, where the landscape and people made a great impression on my visual memory. It was an unstable world: grimy steel industry, pit closures, accidents and the threat of the Cold War. Overwhelming natural beauty and a pitiless, wind-and-rain-scoured grandeur formed the context of my early life.

My paintings don’t seek to be a representation. The image is drawn from the inconsistency of memory and the limits of imagination. The elusive world within memory is where particles of life disperse and cluster: a world where time is understood not as a linear narrative, but rather as a simultaneous bombardment of sensory perceptions. For me, what is particular to painting – for example: time taken, layering, the evidence of the body which made the marks – is the form of mediation which makes possible an investigation of the affective aspects of these issues, in clear dialogue with the theoretical.

For me, it’s not possible to separate the manner of the technique from the emotional impact I want to project through the content of my work. My interest is in the convergence of the figurative and the abstract, and in evoking a feeling from the past through the painting process. 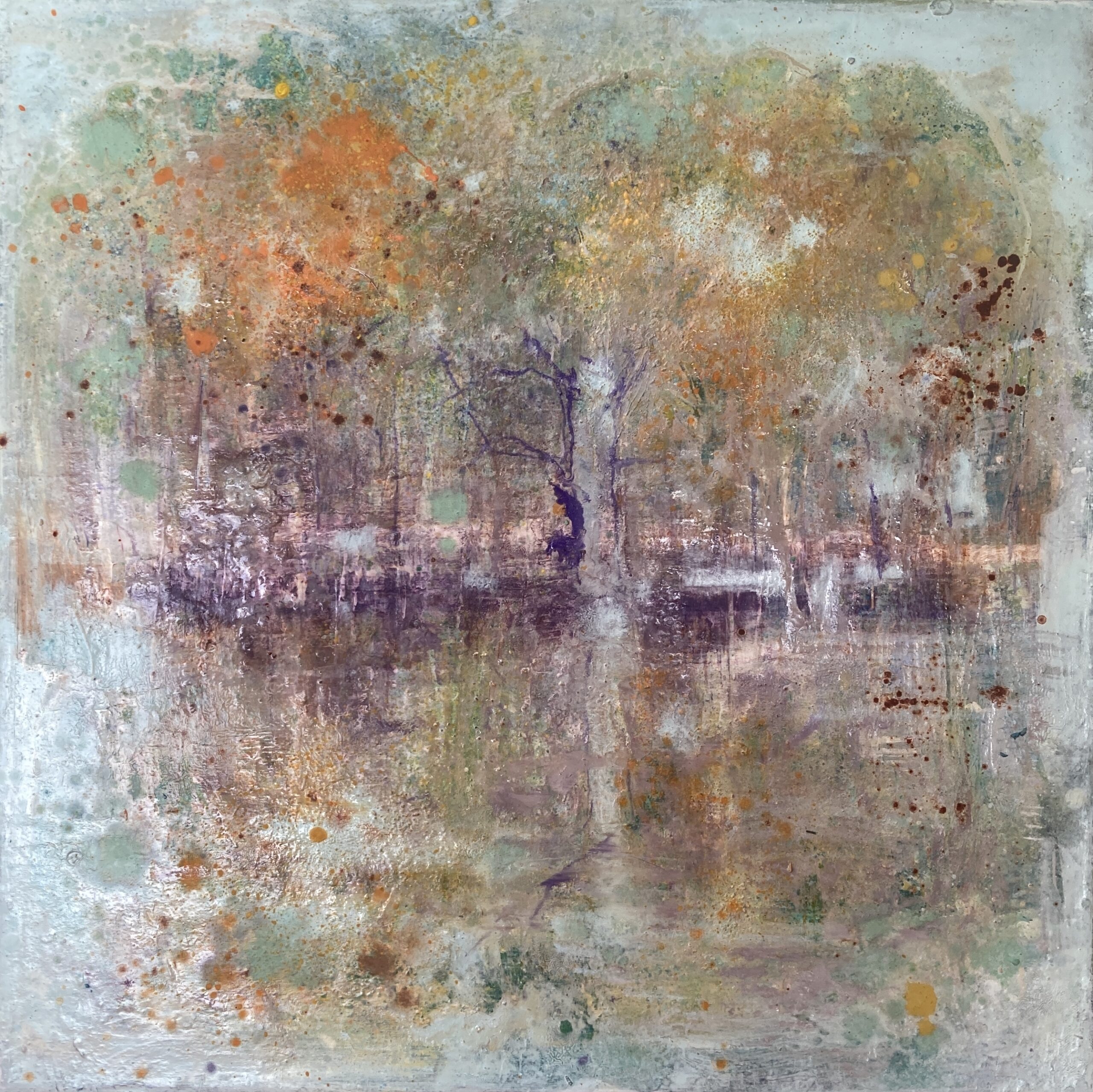 I send out occasional emails about upcoming events and exhibitions etc.